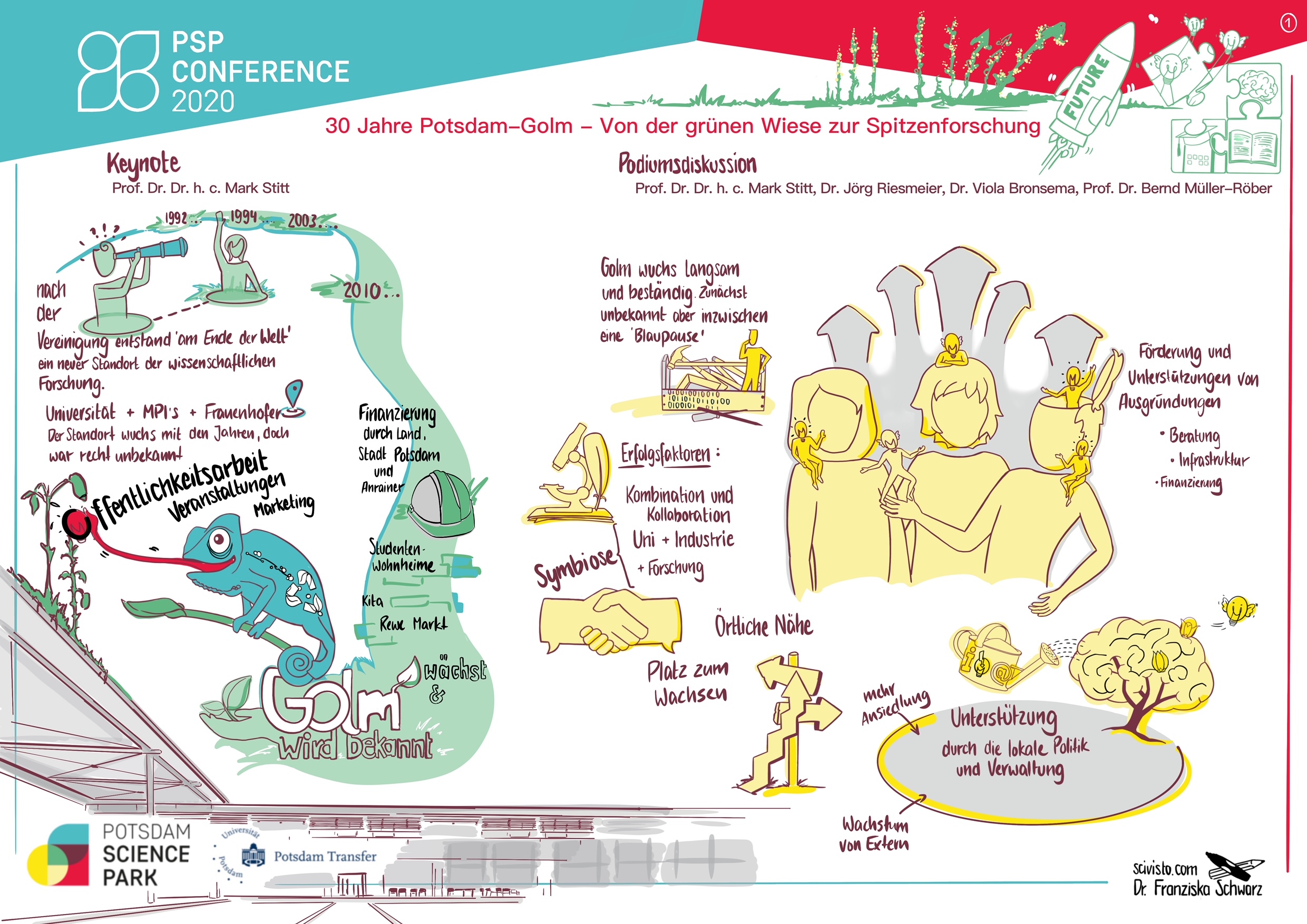 When Sscience meets industry and company meets investors it was at least for this case the Potsdam Science Park Conference. It already took place in nov 2020 and i was the graphic recorder. With varying formats my visual notes reflect that variety in structure and composition which i will show you in the following images.

All images have the same frame. The elements are (1a) name of the event inluding CI colors as well as (1b) headline of the according block, (2) logos – all of these elements are prepared ahead.

As soon as the first speaker starts talking the actual work begins: dividing the space according to duration and way of speaking (by experience). For the fist part each speaker accounted for 50% of the space but due to a very personal trip to memory lane only the essential facts made it into the recording and the second part earned more space. The trip on memory lane implicates already a good storytelling, so while the audience was captured i chose a path as well for the notes, as indicated by the yellow arrow (3a). The area got reduced in comparison to the second part on the right (3) (4). The second part was a discussion round that developed clusters by topics, which is as well represented in a cluster format or known as well as popcorn (4a).

The next sessions were scheduled as ten minute entries + short question round. Four of them in one hour, resulting in four areas/ quadrants on my digital sheet (3). And since for short formats good storytelling is nedded you see it when you can draw and write a path of notes, indicated in the yellow arrows below (4).

The final session was a structured interview where each participant told their part and handed over to the person next so a path of inputs evolved. (3) (4) upper part.When for the last part six different start-ups pitched their ideas in five minutes which lead me to save them a space like a tile on my sheet (3) (4) lower part.

You can watch the recordings here  Science Park Potsdam .